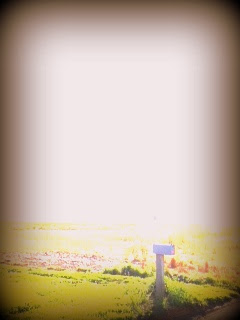 He took my brother flying on Piedmont
from the Weyers Cave airport.
It was his father's farm before,
where
he and they
grew up from 28 May
with dairy cows and fulsome pigs
chickens
and his mother's garden.
Tomatoes and marigolds and
any number of old
flowers
whose names
he knew.
He remembered.

Put up with
my shenanigans
and
nonsense.

Stood as sentry
for my lost son,
with strawberries.

Bent by
others.
Bent by their
prejudice and ambition.
Their greed, their games.
(They don't know,
those left yet,
that I remember.
A pen is memory.)
Loved by others.
The cafeteria lady came to the
funeral.

Bent to his knees
when my brother
died.

Square shouldered and loyal
to our Mom.
Loving her to the last hour.
Indulging at a lake house,
with dance,
with endless flowers
and
a yellow cat.

Funny dog story with him, too,
involving a car and family trip –
but in truth he fed the dog while I played
and called me
when she got old and died.

A body that tricked him
with illness
from his first mountain
assignment to his sweet years
by the water.
Illness stealing time as he called his brother’s name
and giving time back to
us
occasionally.

The day before he left, he woke.
It was snowing.
We watched careless flakes from his room
and agreed how Mom
would live.
Agreeing once came hard to both of us.
(It involved assent by two.)
The snow quickened.
He chuckled. The nurse clucked above him.
He threw back a cold water
and stopped the tired nurse.
Thank you, he said. That was good.
She looked surprised.

He took my little hand into his pained one.
One finger lost in childhood
to the McCormick Reaper.
It was the sum of his going and our staying. 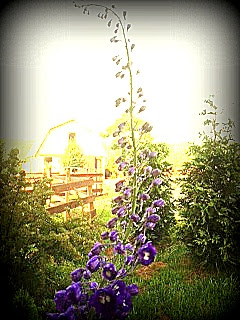 Delphinium in full stretch.
Columbine fading for the summer,
mums popping up too early.
It's my time now.
Before the next big storm.


I'm taller than
the squat gardener.


They call me Heliotrope,
so purple,
more than violet.
Taste-color. Poof!
Popper up, string~bean,
creamy center
grape soda
May visitor.


Love me now.
On the next train.
Till next time.

Posted by Marjie at 7:23 AM No comments: 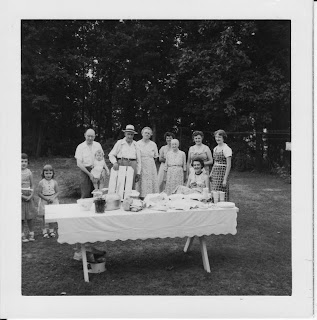 
I'm jumping out of a patient Grandad's arms,
he who'd soon take me down on Brandon
to the fairy-tale house
for ice cream.


Many others here, whom I'll visit in other stories,
but food's the thing,
and three Grannies knew
their food: 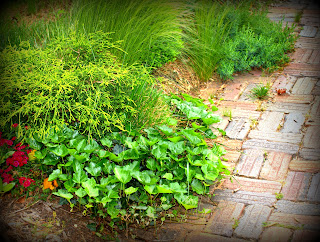